The trailer for Biting the Hand by Anne Southall

Hobo Playhouse Theatre Company started in 2012 in Chewton, Central Victoria, as a fundraiser for the Clown Doctors.

In those days, an assortment of talented performers were invited to perform in a large dining room and they were paid for their efforts with a bowl of home-made soup, crusty bread and a glass or three of vino.

The Hobos have tackled issues such as: homelessness, Alzheimer's disease, carers, suicide, mental health, drug and alcohol addiction and youth trauma to name a few.

Several of these plays have had sold-out performances including Outsiders and Come Back for Light Refreshments After the Service while Red, A Poster of the Cosmos, Tuesdays Are for Bill and The Carer all received strong critical acclaim.

Now based in Maldon, the company has extablished a strong link with La Trobe University to produce an award-winning play called Biting the Hand by Anne Southall. The play has been performed twice at the University's Hard Yards Conference and is set for another showing in March 2023.

The Hobos have also completed a series of training films for aspiring teachers at La Trobe Uni, focusing on how to manage youth trauma.

These courses include Let's Act (An Introduction to Acting) and Scene Study; more courses are set to be launched later this year.

Hobo Playhouse is committed to equity, diversity and inclusion. As such, we encourage performers of all races and ethnicities, gender identities, sexualities, abilities, and ages to audition for our productions.

For further details about the company and/or the acting classes, please email hoboplayhouse@yahoo.com

WHO'S THAT HOBO ON THE FRONT COVER?

Talented actor Steve Cooper, who gave a brilliant performance as Vic in our first production, Outsiders, is pictured on the front page of our website. 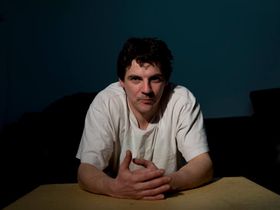 Matthew Greenaway in A Poster of the Cosmos. Photo: Christine Sayer. 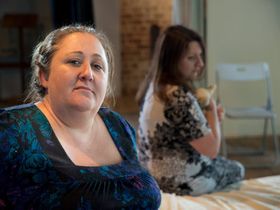 Michelle (Zinny) Zintschenko and Belinda Withrop in Me and My Friend.

For all enquiries, please complete the form below.

We would love to hear from you.

The Hobos were last spotted in ...